Last Thursday's meeting was a fun evening. We started the meeting off with the announcement of the new board nominations: Madelynn Macrunnel for Treasurer and Taylor Darby for Secretary. We'll have the official voting at next month's meeting. After announcements I presented the October BOM called "Spools". See the blog post here for the block instructions. 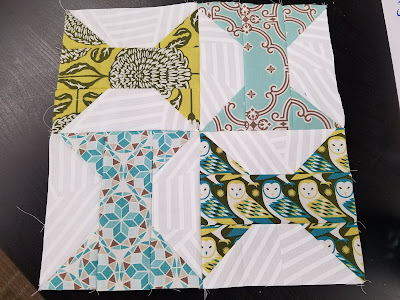 Jan brought in this fun quilt she made for the Mag Photo challenge.
This Corn on the Cobb was her inspiration. 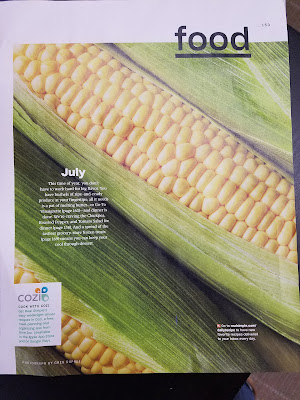 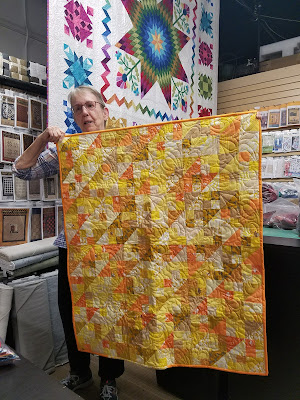 Maritza's block was an interpretation of her cousin Gigi's painting. 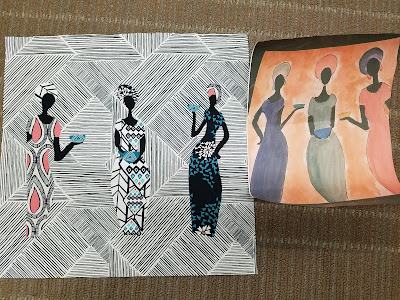 Show and Tell started with Natalie. She brought in this clam shell quilt, backed in pink minky. 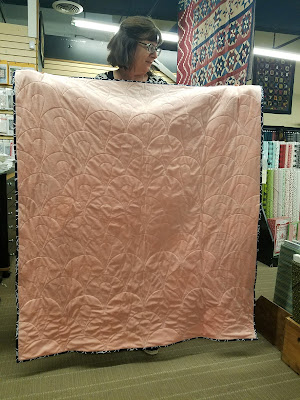 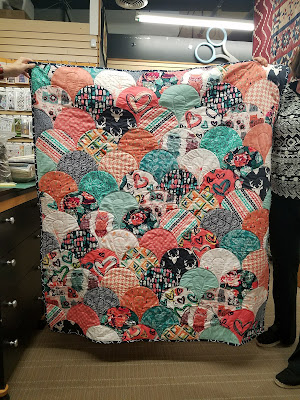 Jane went to a quilting retreat in September and made this quilt inspired by a quilt she saw at QuiltCon last year. 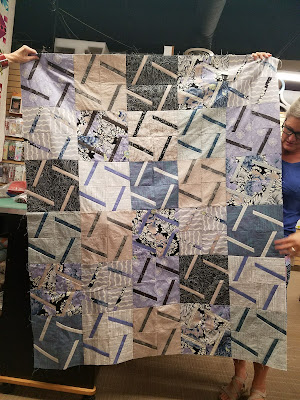 Jane also shared this baby quilt she made from Riley Blake's Jeep collection. She came up with the quilt design herself. 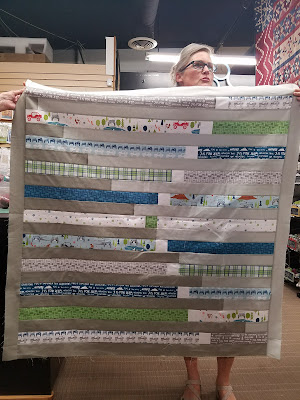 Linda showed off her quilt she made using the one block wonder method (which she later did a demo on). 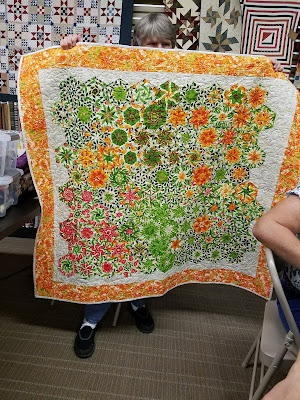 Sherry vends at a booth at Sunday Funday in Temecula and sells cute bags like this black Emogi bag. 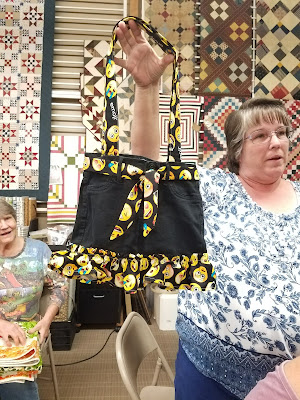 Patricia made this adorable Halloween quilt from a panel she bought. 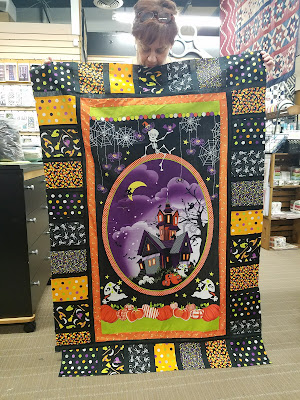 I brought in this Halloween quilt I worked on with a friend of mine. Hers used the same quilt blocks but different colors and fabrics. 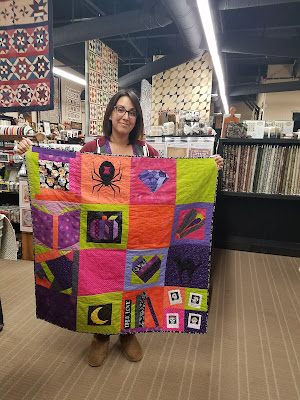 Once Show and Tell was done, Linda did a fantastic in detail demo of the One Block Wonder, based on the book by Maxine Rosenthal. She made a complicated quilt look so easy to create.
Thank again, Linda! 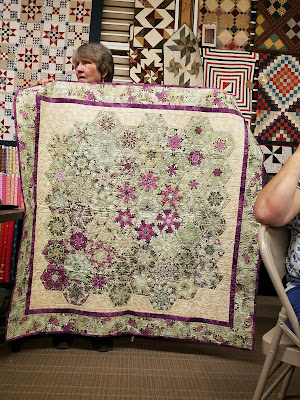 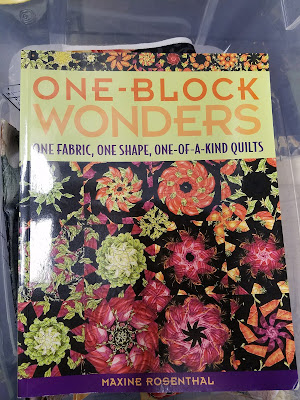 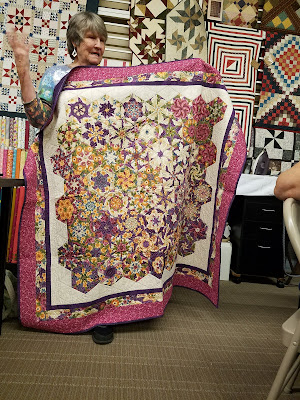 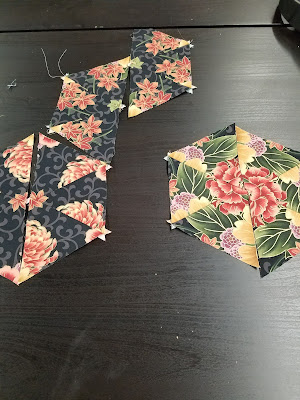 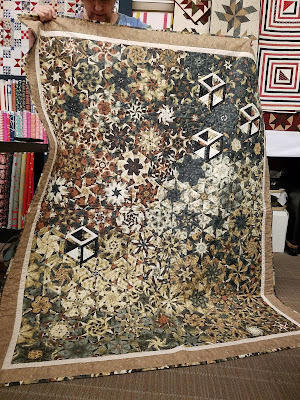 We ended the meeting with the raffle. Each person has up to 3 chances to win. You get 1 raffle ticket for coming, 1 for bringing something for Show and Tell, and 1 if you bring in a Block of the Month. And here were the winners:

Next board meeting will be November 2nd at 8-bit brewery.

Next meeting will be November 16th at Primitive Gatherings
-Judy will do the Block of the Month.
-Pincushion Swap: we have 4 people who are interested, but if you'd like to participate just bring in a handmade pincushion to swap.
-Fat quarter game: Bring in 5 fat quarters to play!
-Demo will be on binding quilts. Bring in something to bind to share your knowledge so everyone can participate.

Our Christmas party this year will be at Primitive Gatherings. It will be a light potluck (snacks only).
For the gift exchange bring in a mug and mug rug in brown a paper bag.

The next guild challenge is called the Paint Chip Challenge and will be due in February 2018. See blog post for details.

Hope to see you all next month! :)